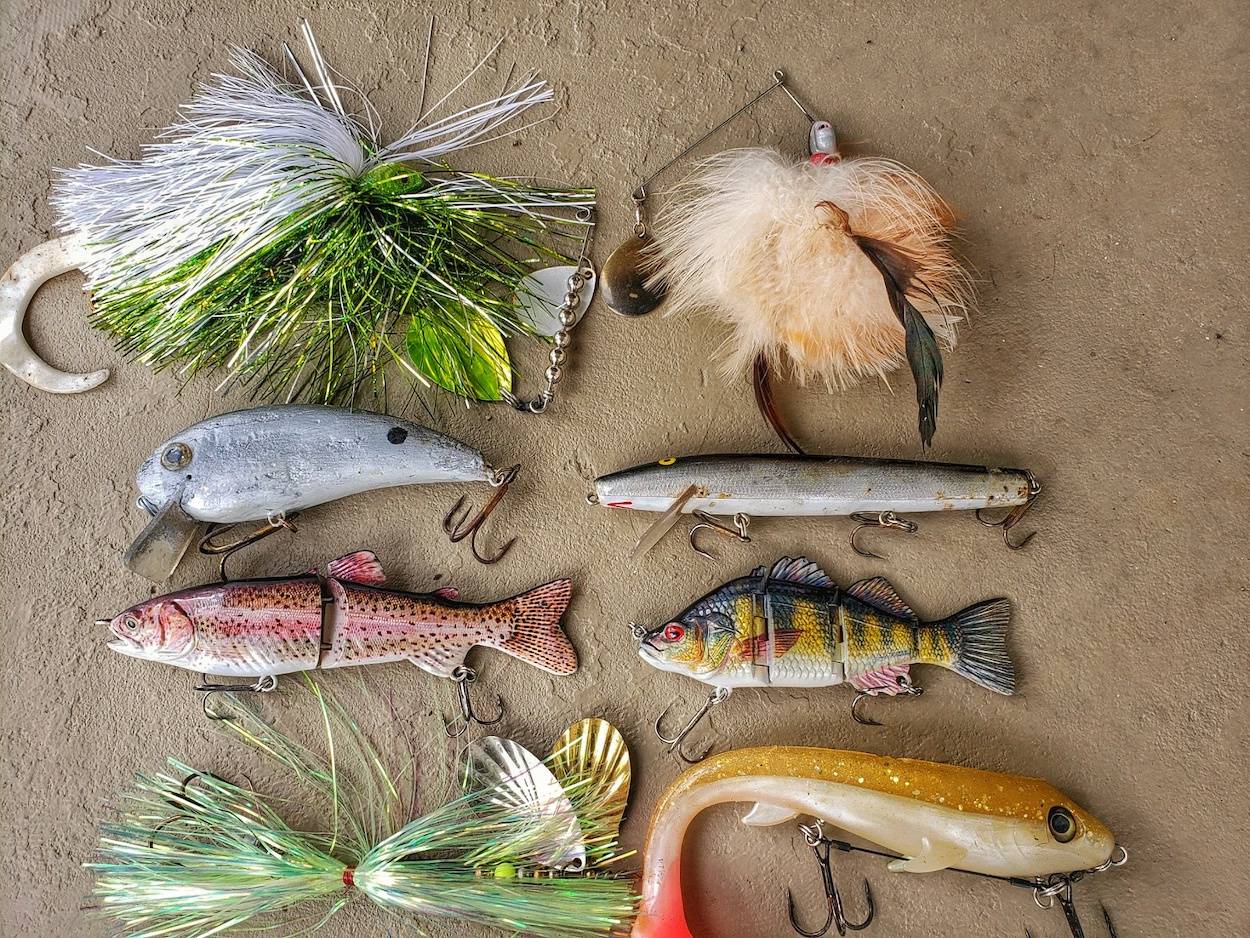 Sitting here while the ac is putting out nice 70 air, I can't help but think about my northern friends and how they cope with cabin fever in the long winter months. A southerner wouldn't understand. But when it comes to southern muskie fishing in the heat of summer, we have to know when to say when. No closed season in the south and no ice covered rivers or lakes, leaving it up to anglers to decide when to start "Southern cabin fever". Summer after summer, i have to adjust to backing off the muskie and break out my ice drill and goretex clothes. That was a joke. However, I'm not joking when it comes to the pursuit of muskies when the heat is on here in the south. Compared to our northern friends the time period for abstaining from muskie fishing is relatively short, but critical to the health and survival of the species. Usually by the first week of September, surface water temperatures are back down into the mid 70 degree range on great falls reservoir, and the upper Collins River arm. The summertime blues are over! Time for muskie fishing action.

The Fall time of year can be some of the best action, mainly because there are a number of lures (including top water) that river musky love to chomp. Top water lures, prop baits, side to side and buzz baits come to mind. Try them all early, late and during slow rain periods. My favorite top water lure is a big muskie size buzzbait. Any color you choose will work. I prefer white.  Next lure I usually have tied on is a medium to large spinnerbait in white, black or gold. Bucktaiks with the #10 and # 8 blades are good choices to have ready also. Gold or silver blades will get the job done.

Swim baits are always at the ready in my boat for early fall river musky. There are many types and variations of swim lures, some soft, others hard plastic. Sizes range from 6 to 10 inches. For clear water, I go with typical colors such as shad, suckers and a couple types of sunfish patterns.  For stained river water the orange fire tiger pattern will get attention, along with a black/orange pattern. I look for a good, slow falling swim bait that can also be worked fast, just under the surface.

I can't leave out crank baits for Collins River Fall muskies. The muskie have been lazy in the summer heat but as water temps continue to drop, the muskies will become more active. Crank baits cover the skinny river water very well. When it comes to size, I generally use six to eight inch, shallow running cranks. I don't plug many lures but the SS shad (smokertackle.com) in the six inch standard size has produced many muskies for me, not just on the Collins River, but all of the Great Falls watershed! Other lures, such as redfins, and Rapala lures work well on fall muskies. I could write for days about lure size, colors and retrieve speeds but I'd rather imphasize lure speed rather than rambling on. The thing that puts fish in the boat is triggering the strike. That "trigger" is what its all about.  Clear Water is often the case on the skinny waters of the Collins river, but heavy rains can and does add color to the otherwise clear river. When water temps are sixty degrees and above, I'm cranking fast and just under the surface with spinnerbaits and crank baits. More than color, I rely on speed of retrieve in early fall.

How fast should your retrieve be? Depends on the lure. A tandem spinnerbait will hold good just under the surface at medium to high speeds, creating a "buldge" in the water. Add to that a quick pause (one second) and be ready. Clear water muskie respond better to fast moving food in my opinion. Don't give the fish time to investigate, make her think that food is getting away! Shallow crank baits work extremely well using this method also. The crank baits that create a bulge or wake just under the surface catch hungry fall river muskies. The key is change in direction or a pause on the retrieve. With an eight foot rod, you can practically ziz zag a spinnerbait or crank bait back to the boat. Always keep an eye out for muskie when fishing the Collins, as you can spot fish at times when water is clear. I always have some type of throw back lure for sight fishing in the fall. A jig/minnow combo works well when tossed out in front of a muskie. Work it slow, using small twitches.  As the water temps fall into the sixties and below ill go to a swim jig topped with a live creek shiner for some great river action. Slow swimming or hopping off the bottom, the jig/combo type produces strikes. As the water cools into the upper fifties, its a good bet to toss slow sinking paddle tails, working them from shallow water to the deeper holes. Whatever your approach is, pay attention to movements on the water and in the woods. Add a change in weather or a good moon phase and you just put the odds in your favor. More like 50-50.

The muskie are on the move and feeling frisky. Hopefully, you will be armed with enough knowledge now to experience the beauty of this little Gem located in middle Tennessee. Be safe out there and wear your life jackets!