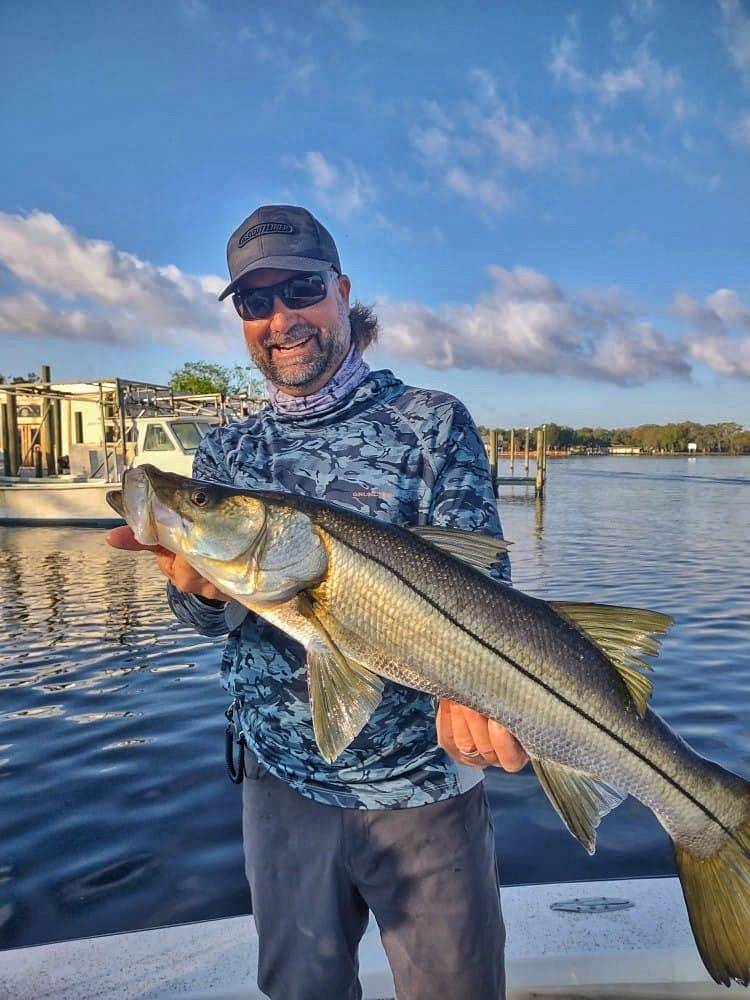 If there are two months on Florida's Big Bend that I tell anglers are the best ones to fish, they are April and October. These two months have similarities because the water temperatures are best for inshore and offshore species.

Offshore during April you can target mangrove snapper, hogfish, cobia, kingfish, spanish mackerel and sheepshead. Most of the time it does not require a long run to get to the fish. Thirty feet or less will put you on some good reef fishing. Cobia will be on the surface and most offshore captains I've fished with will have some live bait with a heavy spinning rod at the ready as they approach wrecks and high profile rocks.

On the high water if you study the mullet they will be in a thin line right up next to the mangroves. Put your cast like pitching a penny, close to the edge for the strike. For snook, I like to use plugs and soft plastics but some guides are catching them with threadfin herring or "white bait".

Off of Crystal River near the channel at marker 6 and the Duke Energy channel is where you can cast net the white bait. Another good choice is mud minnows that are sold in local tackle shops. Finger mullet can be excellent bait but you will need a cast net to get them. The outer keys is the best place to work the shorelines casting the live bait next to the mangroves as you move down the edges. High incoming tide will be in the morning this weekend.