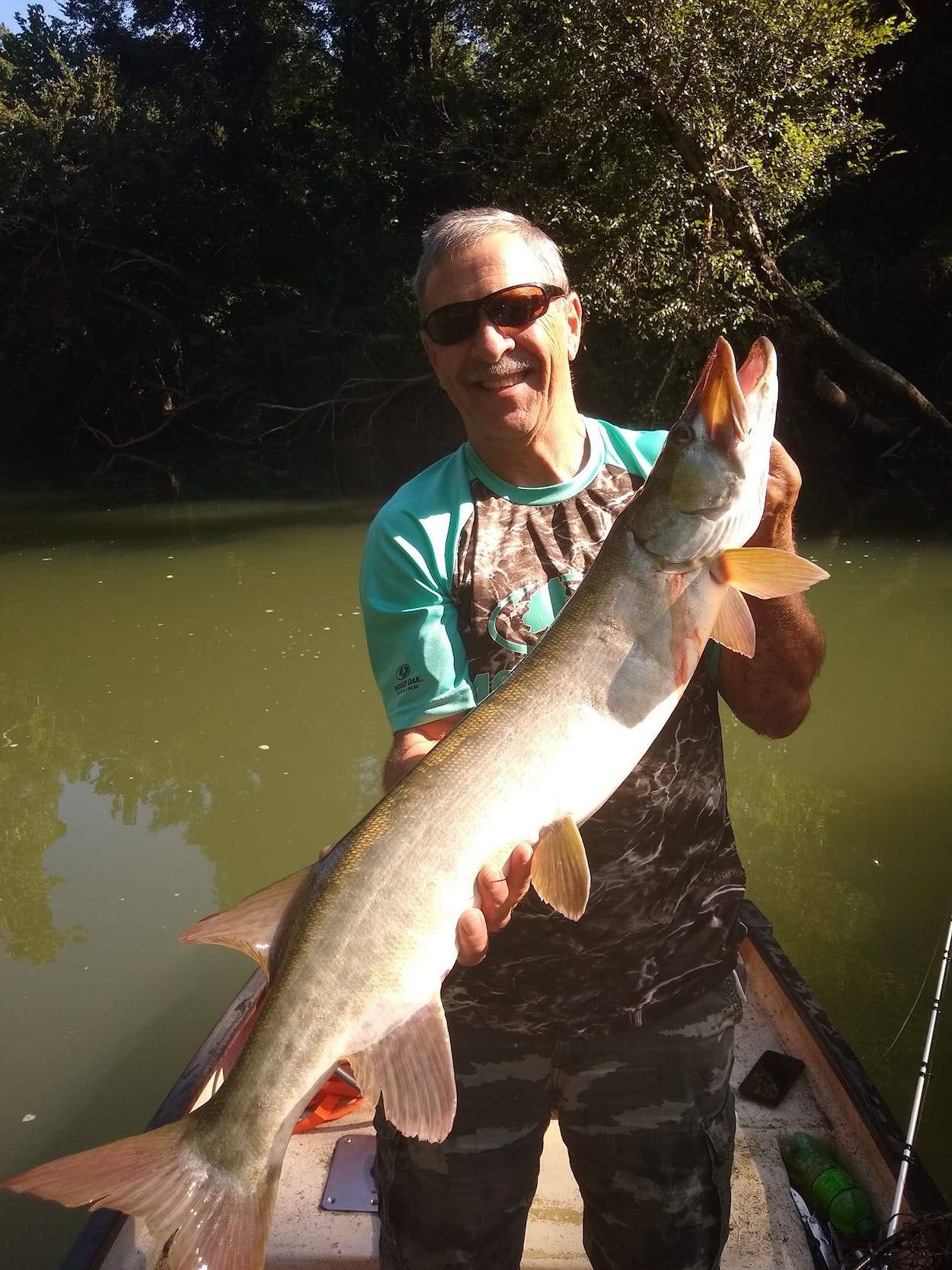 Few would argue the point that live bait for muskie works. Musky anglers know well the benefits of using BIG live suckers to catch muskies, especially in the fall/winter season. Some may argue that using live bait for muskie is unfair to the sport of fishing. Too many gut hooked fish was and is the normal argument against using live bait. Its true that IF live bait is allowed to be swallowed, the end result is a dead musky.

The solution to this problem is simple. Musky anglers have two hooking systems to avoid gut hooking muskie. The first system is a quick strike rig. This rig usually consists of a single hook rigged through both lips of the sucker, followed by a short steel leader tied directly to the base of the hook. A mid to large size treble hook is then attached to that short leader wire, and one treble is inserted into the back of the sucker. This rig, (when used properly) insures that gut hooking musky will not be an issue. The "quick strike" rig allows anglers to immediately set the hook when a musky hits the sucker. This rig can also be used for other bait fish such as large gizzard shad, bull catfish, or any large forage bait fish up to two pounds.

The next live bait for muskie option is the circle hook rig, which works great for hook ups and a safe release. Depending on the size of your bait, one or two circle hooks can be used. If my bait is 8 inches or smaller, I usually only use a single circle hook. For live suckers, insert a hook through the bottom lip and up through the nose and let the bait free swim. This technique works very well up in the skinny waters of the Collins River and can be applied on any shallow river that holds muskie.

Deep water lakes call for large bait such as gizzard shad, bullhead catfish and suckers. It is not uncommon to use suckers up to 16 inches long and weighing up to two pounds. The quick strike rig works well on large suckers and allows for a good, hard hook set. Use at least 80lb braided line for large baitfish and a stout extra heavy rod with a soft tip. Set the hook in the opposite direction the fish is swimming. And never wait longer than 10 seconds after the initial hit. This technique also works well will small bullhead and willow catfish, as well as big bluegill and perch that are 8 inches and under.

Gizzard shad, the bigger the better, is a good choice for muskie in larger bodies of water, such as Great Falls and Center Hill lakes. You may need to downsize a quick strike rig for Gizzard shad. I personally prefer one large circle hook placed just behind the dorsal fin of a large gizzard shad. A single hook allows the shad to swim freely and look more natural. It is critical to not let the fish swallow your bait. This is where live bait gets a bad rap, as some wait entirely too long before setting the hook. This will result in a dead muskie. If using a quick strike rig, set the hook when the fish hits! If I'm using a single circle hook in a big ole gizzard shad, I count to no more than ten before setting the hook. Pull into the fish, do not jerk. A well placed circle hook (dorsal fin) will give you a good chance for a hooked fish. Granted, you will loose fish from time to time with a single hook, but its better to loose a fish than to kill it with a hook in the gut.

It's easier to use live bait on clear shallow rivers with deep pot holes. But what about reservoirs? Large bodies of water grow larger fish. But where do you start when looking for areas to fish with suckers or large gizzard shad? Look for creek mouths, cuts and points for best results. Another "spot" to consider when water temperature drops below 50 degrees is the base of dams. Muskie will gather and suspend in front of, and along the base of a dam in the coldest months of the year on southern reservoirs, such as Great Falls. A good graph or depth finder will locate schools of shad out in front of dams in depths of 25 feet or deeper. You can find muskie suspended under these schools. Drop your bait down to the depth of the baitfish and hang on!

Whatever muskie live bait and hook rig you choose, keep in mind that a gut hooked muskellunge will not survive. On the other side of the coin you can be assured that using live bait for big muskie is actually less harmful to the fish than a lure with 6 or 9 treble hooks. The key is timing. Resist the urge to let the fish to swim longer than 10 seconds and chances are good for a hookup. You can find good quick strike rigs, as well as circle hook rigs on line by typing in, Quick strike musky rigs. Try these live action rigs for fall and winter muskie fishing. Its a great way to put a hog in your sled!