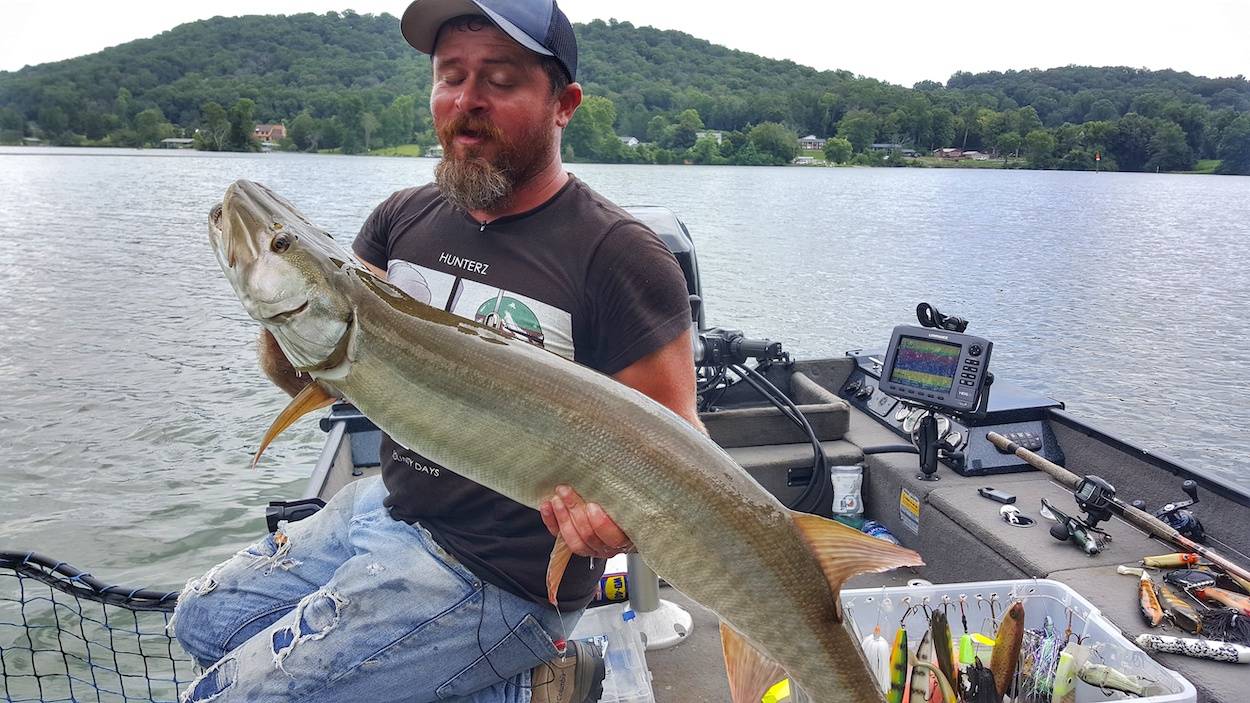 Musky and jigging haven't always gone together. In fact before a decade ago you could count on one hand the lures entirely dedicated to musky jigging....and frankly now it's more like two. With the advent of the Bondy bait musky jigging almost became synonymous with that lure, although standards like the fuzzy duzzit and incredibly versatile Echotail still persisted. The odd thing so many seem to forget is: if it sinks, you can technically jig it. Spinnerbaits, rubber, and yes even inline bucktails have their place in a jigging repertoire, but let's take a look at a few shining examples.

The H20 Barbarian is a musky jigging bait in disguise, a Brobdingnagian rattletrap built primarily for trolling and casting applications, and one of the best and most versatile in that category, the weight screw in the front nose end allows for it to be clocked down into the depths with an excellent rip on the upswing, and adding a small 3 way swivel and blade on the back end with the hook rven gives it a more subtle "Bondy" effect on the way down, but with more inherent meander and deviation than a Bondy due to the location of the line attachment. Definitely a double edged sword for casting and jigging in any tackle box.

As far as rubber baits go, almost any can be turned into a jigging musky presentation, but my all time personal favorite has been the double dawg. With its twin fin foil system off the back end, they work to direct the bait like a whale's tail, with the bait rising arcing and falling as the tips tantalizing twirl in tow being the twin fins. This bait served me far better as a vertical jigging bait than a casting bait to which I preferred the regular Bulldawg but dont ever count it out as a vertical jigging weapon.

Last but not least would be a double Colorado spinnerbait. Not willow. Not any other blade combo. Why? Because the physics of the two Colorados engages the body to tilt head down at a 45 and helicopter slowly towards the bottom with a quick stuttering engagement on the rip up. This tendency makes them the only suited for a non lateral, strictly vertical presentation unlike the others and get this: it's going to snag far less than any other jigging presentation making it perfect for flooded timber where otherwise you'd spend more time unhooking snags than unhooking fish.

The big thing is though, to explore your own bait arsenal of sinking lures. Be bold; be daring; be weird AF. That's how you find such gems as the double Colorado spinnerbait jig and others. Dont just subscribe to what's on the package: look at what it does and mold it to the situation. Jigging is still a fairly new frontier for musky fishing with lots of untapped veins of techniques to explore. Bet you haven't even thought of jigging gliders yet hmmmmm?

Check out our Muskie Fishing Videos to learn more.