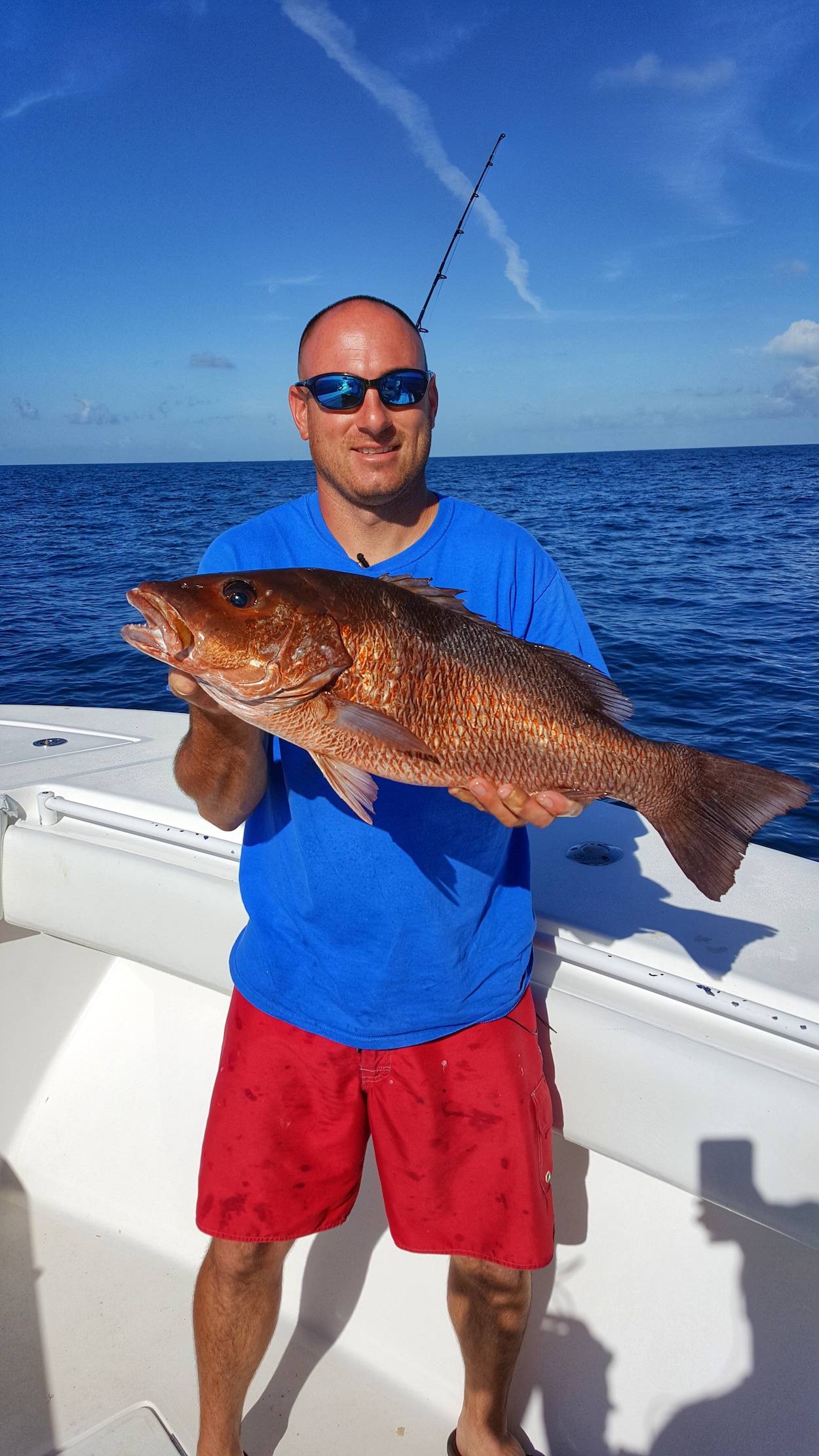 Mangrove Snapper | The Fish Everyone Loves to Catch

I love mangrove snapper. I love eating them and I really love fishing for them. When you find them, you will know, because they will be first to the party. The tricky part is, mangrove snapper are also the first to leave. When you get into them, hammer them. Don't take time for photos. Focus on sending baits down. This fish has a knack for figuring out your tactics pretty quickly. That is one or your main fishing considerations. The festivities will kick off and you will be all excited about catching a few and then other fish show up and you start catching them. Before you know it, the mangrove snapper have vanished. They will not bite again on that spot. You are going to have to move and set up on the next spot and then the next and the next. If you are persistent, you will limit out. Sometimes, very quickly.

The mangrove snapper is a beautiful fish that comes in coloration variations of from dark gray and greenish brown tinges to hues of red, gray or yellow on the upper half, with pink and orange coloration on the lower half of the fish. To a large extent, the environment in which they live dictates their color palette. Both juveniles and mature grovers have orange or brownish spots on the centers of the lateral scales, which form rows of spots along the body. Their physique is that of a slim fit prize fighter with a broad slightly forked tail. This serves them well in battle. When you get down to it, this is an amazing light tackle fish.

Common to the tropical, subtropical and warm temperate waters of the Western Atlantic and throughout the Gulf of Mexico and Caribbean, the Gray Snapper is widely referred to as the Mangrove Snapper due to the tendency of catching them around mangroves. Other pseudonyms range from grover, mango snapper to black snapper. Of all the snapper species, the mangrove snapper is perhaps the most popular. This may be due to their taste or the fact that you can catch them on damn near any inshore structure.

If ever there was ever a structure oriented fish, grovers are just that. Dock pilings, mangroves, shipwrecks, rock piles, reefs of all sorts, debris, oil platforms, just about any type of structure will hold mangrove snapper. You do have inshore snapper and offshore snapper. The inshore juvenile fish, up t0 1-2 lbs, are regularly caught in estuaries, seagrass beds, shallow reefs or around any hard bottom. As mangrove snapper mature, they move out into deeper water. Deeper is relative. Depending on where you are fishing, deep water could be 10 feet in the eastern Gulf to 300 feet off of Louisiana. This is still considered an inshore species. Offshore fish will average 3-4 lbs with some being caught up to 20 lbs. Oil platforms in the Gulf of Mexico will hold bigger fish of 10 lbs and up.

Whether you are fishing nearshore reefs or offshore oil platforms, the mangrove snapper is one hell of a sporting fish, when paired with the right tackle. Legitimately, this is a light tackle endeavor. One that will please both children and adults. Mangrove snapper pack a big punch for their size, so be ready. Smaller inshore snapper will put a serious bend in your 10 lb rod, while the offshore variant fight like hell to test your 20-60 lb spinning gear. With their affinity for structure, once you hook up, you need to get them coming your way or you can get cut off. The home they are heading for and your leader are not friendly to each other.

How you fish for them is pretty similar whether inshore or offshore, it is just a difference in tackle and bait sizes. Mangrove snapper will eat most any meat you send down, but the size of your offering plays a big roll. For offshore fish, you may have to tinker a bit to find the size they are liking. The same holds for inshore. These guys are finicky. They can be super hook and leader shy, so get it right. If you are seeing fish, but not getting bites, scale down until the bite starts. If you want to learn more about mangrove snapper fishing for either inshore or offshore fish, be sure to check out our assortment of Snapper Fishing Videos.

The one guarantee that comes with mangrove snapper fishing is how spectacular their meat tastes. This is one of the finest eating fish in the ocean. If there was only one fish that could be eaten for eternity, it would have to this snapper, in my opinion. The meat fares well in the pan, on the grill, in the oven, made into sushi or any darn way you can come up with. The flesh is flaky white with an almost sweet taste. Aside from the ease with which they are typically caught, the quality of the eats is probably why the mangrove snapper is so popular.