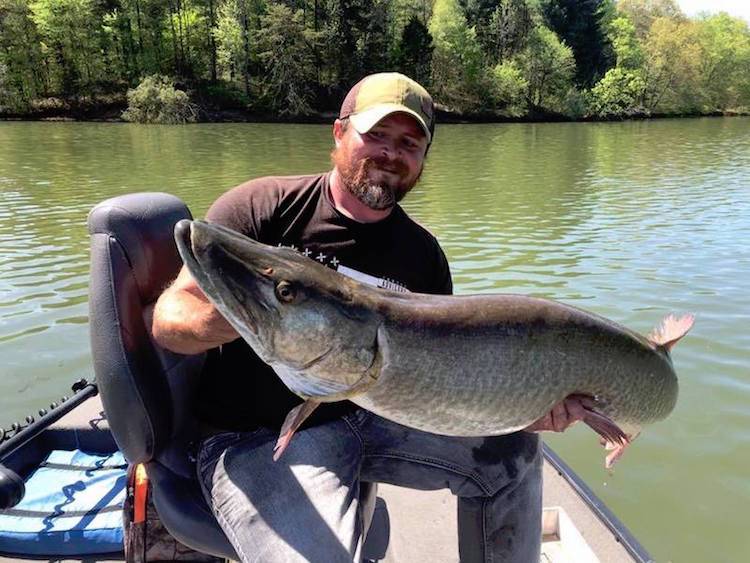 People do not usually think about the south when muskie fishing is the topic. It all happens up north in Canada or Minnesota or one of the other fantastic fishing states up there. The shock! The horror of finding out some of the big muskie swim down yonder leaves many an angler mystified. No. Please. It is not possible that there are perhaps bigger fish roaming the waters of Tennessee.

What a lot of people do not realize is that the early part of the twentieth century saw the Federal Government damming up rivers to create electricity to feed the landscape. A rather unique byproduct came along with those dams. Reservoirs and impoundments happened. Huh? Yes. Land that was once fertile forests and fields was suddenly underwater. Think about what the landscape looked like before the dams. Undulating hills rolling across the land, tall tree stands, creeks and streams, plateaus and more. Well, this is now all gone. All you see is water. Ah hah! But, it is not gone. It has created a habitat that supports loads of fish and big fish.

Talk about a dynamic situation. All these characteristics are now below the surface and there is current. The water levels rise and fall based upon release schedules. This current in turn pushes bait and nutrients. Reservoirs and impoundments have created some of the best fishing in the country. Let's take Tennessee. They have trophy bass, crappie, panfish, catfish, trout, muskie and other strange fish. If you are a trophy hunter, this is where you will need to go, at some point.

When you do decide to visit Tennessee and fish for the freshwater apex predator, there is one guy to consider. A controversial figure. Feared by many. His skill and vast knowledge intimidate many other folks. For not, I say. Cory Allen is one of the nicest guys you will fish with. Self deprecating in a serious way, at times, Cory is one of the smartest fishermen that I have ever meet and certainly had the privilege to fish with. A day on the water with the "Tennessee Valley Muskie Authority" is like a phd course in muskie fishing.

Even though Cory is from Illinois, he has spent the better part of his adult life in Oak Ridge, Tennessee. These are the hills that hold giant fish. This is also where you find the Tennessee Valley Authority or TVA busy at work controlling the flow of the Tennessee River. This is also where some of the absolute best reservoir and impoundment fishing can be found, in the United States. That's right. I said it. This state just has ridiculous fishing, across the board.

When it comes to big muskie, Cory Allen has a keen understanding what the fish are doing anytime of the year and where they hold. These aren't the "normal spots", but rather, at times, obscure areas where you would not think to fish. The rich fabric of the underwater topography serves many obstacles and some really awesome structure. There are wide ranging channel flats, deep channels, bays, creek mouths, rivers, creeks, shallow backwater, ledges, bowls, discharge ponds, lakes, hidden timber, stump fields, fishing grounds that are ever unfolding. Cory knows this system with scary detail. He doesn't just fish a lot. He is constantly analyzing what is changing, what is remaining the same and how that will impact what the muskies do.

Cory puts more 50 inch, "fiddies" fish in his boat each year than any other guide in Tennessee. You want huge fish, this is who you fish with. Like him or not, you cannot knock the results that stack up year after year. Aside from all the big ass fish Cory Allen catches, there are loads more healthy medium class fish.

Probably one of the best aspects of Cory's prowess is his command of lure manipulation. Cory knows all the good, I mean really good, lure craftsman making musky lures. He tests lures to no end. No matter the situation, Cory has the lure that will trigger fish. If you want to know how to get more out of your presentations, this is the guy to learn from. You can watch his collection of muskie fishing instructional videos on In The Spread here https://inthespread.com/freshwater/muskie

Don't get me wrong. It is not like he catches big muskie or any muskie everyday. It is not that easy. But, I can say this. Every time I have fished with him, I have caught fish. That is pretty good. Knock, knock.

Founder, In The Spread