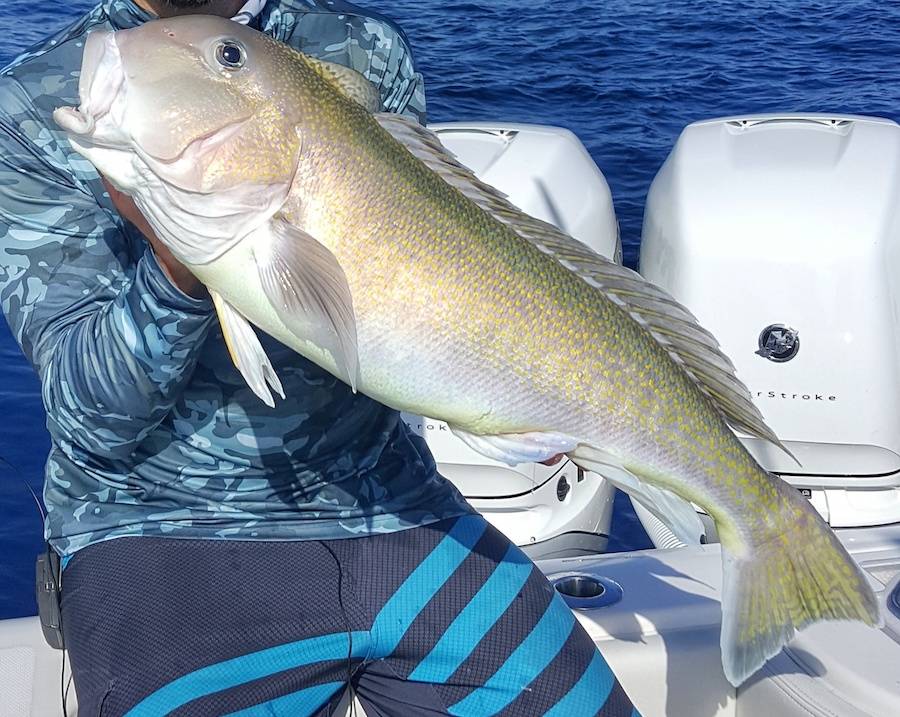 Tilefish 101: Fishing for The Clown of The Sea

The oceans on either side of the United States and the waterways and bodies found on its mainland are excellent sources of fishing potential. Thousands of fish species lay ready for all willing commercial and recreational fishermen to catch and enjoy.

While Americans enjoy the consumption of various types of fish, tilefish are some of the most delicious and less familiar. Also known as the clowns of the sea, they form a vital part of our marine ecosystem. In this piece, we'll be taking a look at tilefish, highlighting their different types and the places where you can find them.

Tilefish are a family of marine fish predominantly found in relatively shallow waters, preferably near coral reefs. Because of their substantial sizes, tasty flesh, and abundance in the waters around the United States, they are a favorite for many commercial and recreational fishermen. There is a variety of fish types under the tilefish umbrella, including:

While there are more tilefish species out there, these are the most abundant and popular, especially in waters easily accessible to the United States fisheries. The largest specimens weigh about 15 to 25 pounds and have a flavor profile described as delicate, sweet, and somewhat resembling lobster.

Where Can You Find Tilefish?

Tilefish are an active family of fish with a habitat ranging far and wide. They typically reside along the outer continental shelf as it runs from Maine down to Campeche, Mexico. They prefer shallow waters, so you will usually find them at depths approximately 100 to 400 meters below the surface. This means that you need to take a boat offshore if you're hoping to do some golden tilefish fishing, and it will be more or less impossible to find them lurking in bays, along piers, or anywhere else closer than the reef line.

In order to protect themselves against predation, they like to seek shelter in burrows that they make themselves in the sandy or gravelly substrate they find themselves in. They sometimes create burrows in such numbers that they form little tilefish villages under the sea.

They will also find homes for themselves in natural cave formations at the bases of coral reefs, in canyons located on the edges of steep underwater slopes, or within rock pile formations lying on the ocean floors. Another reason why they favor living in reefs and underwater rubble is their diet. Tilefish feed on the small invertebrates that live in these habitats, such as crab and shrimp.

While most Americans will be familiar with the tilefish found on the Atlantic shelf, certain species thrive in the Atlantic and Indian Oceans. Some will even be found in the non-saltwater depths of the Goldie River in Papua New Guinea.

Fishing for tilefish is one of the more responsible ways Americans can enjoy their preferred seafood, as it is a fish species harvested sustainably by commercial fishing concerns under the watchful eye of the NOAA Fisheries Department. Their habitat choice makes them particularly hard to catch using conventional methods, as they will quickly dart down into the nooks and crannies they live among whenever they feel threatened or sense danger.

Still, where there's a will, there's a way. There are a few ways you can catch tilefish while offshore fishing, but most fishermen will tell you that using a dropper loop rig fitted with a couple of hooks will work best. Whatever your choice of golden tilefish fishing method, here's wishing you the best of luck out on the water!

To learn more about how to locate and catch tilefish, browse our library of Bottom Fishing Videos