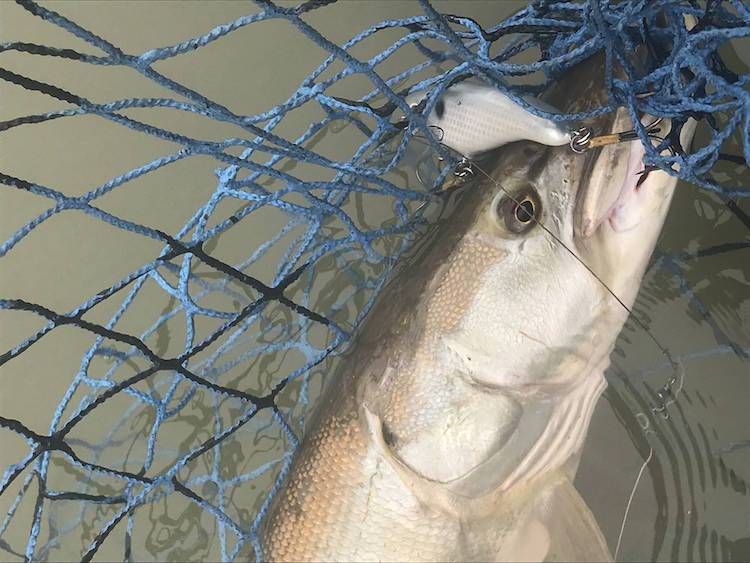 It was paramount in many of the teachings of Buck Perry to make bottom contact when fishing. Granted much of this was centered firmly around bass fishing, and while it isn’t entirely canon, many other species suspend far more than largemouth bass, and thus bottom bouncing might be a misappropriation of depth control.

Yet, in musky fishing, as well as many other species, it’s often the most overlooked and underutilized trigger to be employed. Often everything else is in place, but many times, what requires an incredible amount of precision can be overridden by merciless bottom contact, especially when fish are incredibly deep and inactive, or as a time such as this, when they are incredibly shallow and inactive, during the prespawn spawn.

The difficulty often comes in finding the right tools for this, because giant musky crank baits often dig far too much in the shallow sediment and don’t alllw for fast efficient coverage. Many bass lures such as the variety of square billed cranks that exist are perfectly suited to do this, and are quite adept at clearing themselves of refuse and debris should they get gummed up. More recently I’ve begun to really utilized musky lure designer Roger Watter’s smaller H20 Rampage and Cranky Nitro cranks in their 4” sizes, both due to the fact they are compact and built like. A bullet casing , but also can be weighted to different effects for a faster sharp rise or a slower almost suspending buoyancy. Or, even weighted to sink to the bottom and remain in contact all the way back to the boat. Ironically this is also a strength the classic Spoonpluf has to offer although they are notorious in more unconsolidated substrate to gum up and come to the surface before they can be cleared.

Either way, utilizing smaller cranks of this nature in an aggressive manner like a truffle pig on crack can make or break one’s day during this time of year, and perhaps be the key to landing the largest fish of the year in your boat when they’re also at their fattest.