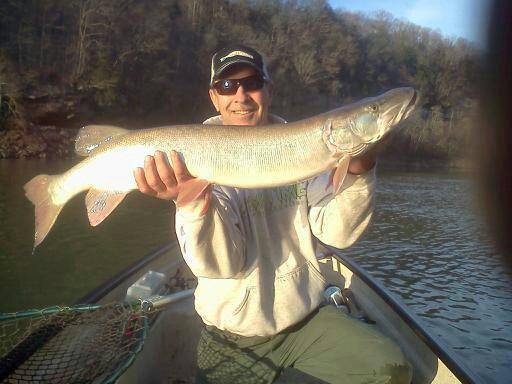 "Havin any luck"? "Nope, just a couple small ones". "That's a good looking top your fishin". "Yep, I usually pull a few goods one outta here". "You boys bass fishin"? "No, we're musky fishin". Suddenly, a friendly smile turns into a arrogant smirk, followed by "well I hope you catch em all"!!! That's a nice comment from a crappie fisherman. Try talking muskies with a serious bass fisherman on or off the water. The conversation almost always is negative and can turn down rite ugly! Bass guys have told me they kill "ever one I catch"! Some have bragged about tossing the fish on the bank for the Buzzards to eat. Come on guys. Let's discuss it briefly.

Do bluegill eat bass eggs? Good answer. Do bass, crappie,perch,catfish and walleye eat minnows?Including there own fry? Two for two! Ever had a bass hit your bluegill as you were fighting it? Man, you're good. You know Mr. Bass picked up the distress signal put out by Mr. Gill. As he moved in, he saw an injured, struggling meal. Lateral line and sight! In t animal and fish world basic instincts demand the elimination of the weak. Muskies are opportunistic feeders, well equipped to emanate the week. And a struggling fish on the end of the line? You just lost your 14 inch bass! A targeted hit? Congratulations, you answered every question quickly and with confidence! Targeted hits are when muskie, bass, walleye and other gamefish stay within striking distance of a ball (school) of shad or hanging around creek mouths where suckers are working the bottom. Plentiful and full of protein. Soft rayed, easily to digest. Kinda makes sense don't it?

To ease your mind even further, you could go on line and take a look at DNR studies conducted by several states relating to the muskies diet in stocked lakes or river systems. You'll find that the diet of these fish are roughly 95 percent fish. Of that 95 percent, bass and other gamefish combined make up roughly 3 percent! Through in a couple % points for rodents, fowl, and snakes. There you go. I would add that even if those numbers were off by 3 percent there would not be an issue. Muskies do not prey on gamefish as long as there is ample supply of baitfish. The rivers and lake I fish all have thredfin, gizzard shad and abunchalot of suckers.

I admit that the muskie looks quite fierce with that big ole mouthful of teeth, that mean attitude, and the unpredictability of the fish. And I LIKE IT! But studies have proven that bass, pan fish, and muskies all share the water the way nature intended, in harmony. Hopefully, more Anglers will take time to study up a bit on the habits of muskies. I was a regular bass guy at one time, going about my bass business. About 25 years ago I was infected by the muskie bug. There is no know cure for this bug, although (With therapy) I can now enjoy fishing for multiple species again!