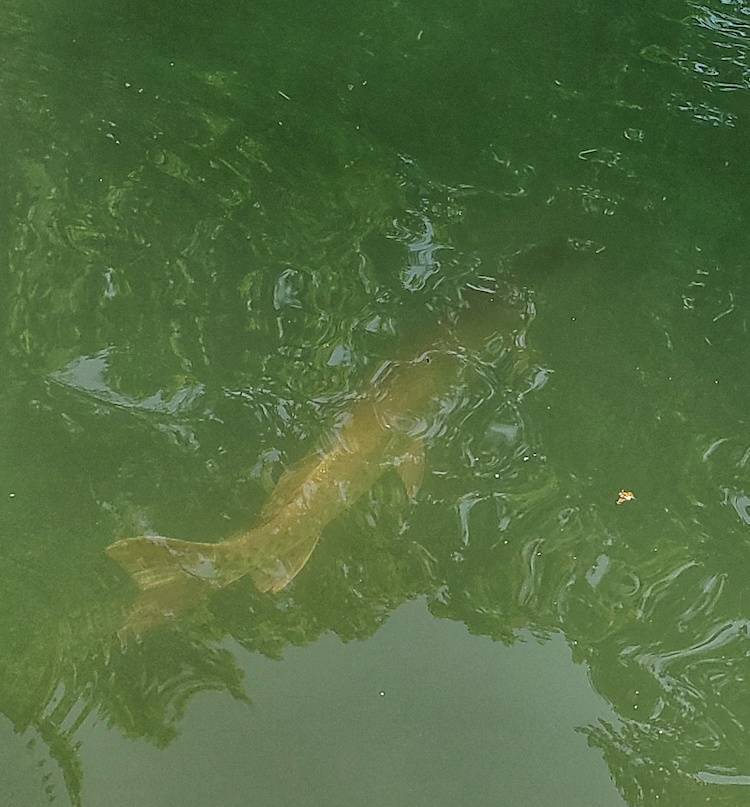 "How did you do today"? "We fished 10 hours and had 3 muskie follows"! "Great, hope the fishing is that good tomorrow"! Yep, I've heard lines like that throughout my muskie fishing career. Even used the term, "follow" myself a few times. Recently, I was talking to a friend about muskie and there habits and the term "follow" came up. A follow is when a muskie gets behind your lure and chases it all the way back to the boat.

Not all follows are fish that eat. My friend did not understand what the big deal was unless the fish ate the "follow". To a degree I can understand his logic. I mean we spend big bucks on good gear, lures, ect and many times we don't catch a thing! But, we are quick to say we at least had X amount of follows in a days fishing. Almost only works with horse shoes and hand grenades! How about that monster 12 point deer you almost killed? Would you rather have seen that deer just out of range, or never to have seen it at all? It's a glass half empty kind of question and different people will answer in different ways.

Let's get down to the nuts and bolts of this topic. First, you can never be sure your muskie follow is a hungry fish, or just curious. But you've fished 5 hours and seen nothing. All of a sudden, there she is! This is where experience on the water can pay off. You've already rehearsed the visual in your head and ready to make a split second decision on how to handle your "follow". Is the fish hot or coming in slow and way behind the lure? How deep or shallow should I start my figure right? Where did the fish come from? These are all important questions.

I'm not a big fan when it comes to bragging about following muskies at the end of the day. I'd rather say I "moved" a couple of fish and let it end there. But, if one of the fish I "moved" enhales my lure at boat side I'll remember and relive every second of the experience. Why? No other fresh water fish has the curiosity of a musky or will follow a lure all the way to the boat and swim in circles crashing a lure with a rod sticking in the water 2 feet down!

Another important fact about getting a muskie to follow your lure? You exposed where and off what cover the fish came from. Even though she may not eat at the first sighting, you now have a fish you can target later in the day! Muskies settle into patterns and unless spooked, you can bet that fish will be close by upon your return. Maybe a moon rise is coming three hours after you first had your follow. Now, you know where she is and have a feeding "window" in your favor upon your return. I've caught many fish later in the day after I expose her hiding place. Try a different lure and a different angle depending on where you think the fish is likely to be.

A following muskie is an exciting thing to behold, especially if your dealing with a big fish. Keep your cool and go to work! Then you can say you "moved" a fish and executed a flawless plan to catch her. Brag about it too because you just convinced a muskie to eat on your terms!