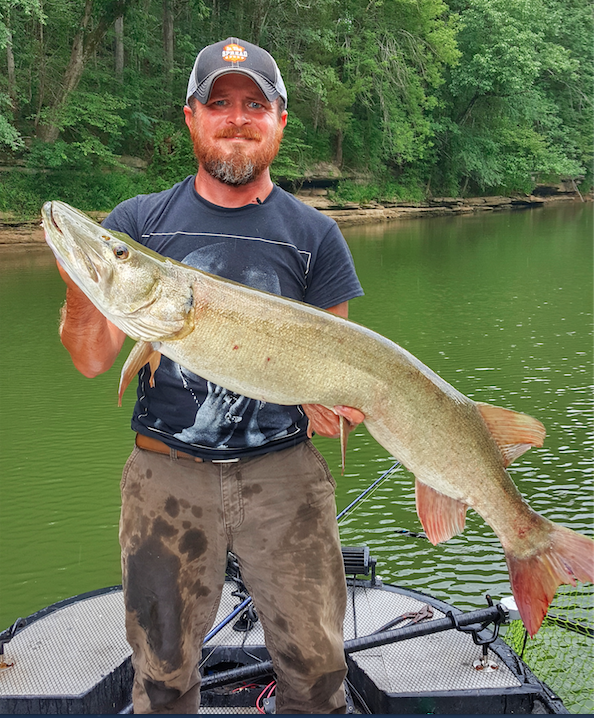 Muskie Fishing with Cory Allen | The Sifu | In The Spread

What can be said about Cory Allen, the Tennessee Valley Muskie Authority (TVMA)? Let's start with that moniker. Clearly a loose play on the Tennessee Vally Authority or TVA. The TVA was seen as a regional economic development agency that would modernize the region's economy and society, following the Great Depression. The Tennessee Valley is the drainage basin of the Tennessee River. It stretches from southwest Kentucky to north Georgia and from northeast Mississippi to the mountains of Virginia and North Carolina. This same region is prime muskie fishing country. And when I say prime, I mean it is good. Big musky are caught in numbers every month of the year. So, the play on the name is rather smart. It started as a joke, but has morphed into a self fulfilling prophecy. After all, Cory Allen is without a doubt one of the smartest, if not the smartest, Tennessee muskie guides and he does fish in North Carolina, Virginia and Kentucky.

The first time I meet Cory Allen I was filming with someone else. They had suggested we go fishing with this really good muskie guy. Sure! I am always a little skeptical when I hear someone say they know a guy. I remember we were working down this steep bank on Melton Hill Lake and it was like a Tibetan temple bell went off in my head. I found myself focused on nothing except what Cory was saying. I thought to myself, “this guy is a freak”. He was talking about the intersection of the X and Y axis of the bank and channel bottom and how muskie will suspend at a given depth relative to that intersection because of the prevailing current and water temperature. I knew then that this was a guy I wanted to start working with. The ability to articulate this level of muskellunge behavioral understanding across multiple fisheries is rare. The amount of knowledge Cory possesses about this species is scary.

So, when it comes to being an authority, you have to spend an inordinate amount of time compiling and studying lots of data points. Is the fishery an impoundment, a river, a lake, a reservoir. What are the dynamics within the fishery that drive fish behavior? What influence does current, water temperature and atmospheric conditions play throughout the year? What are the sources of food for muskie in the systems? How and when do they feed? How do you locate productive zones? How do you know where fish will hold within those zones? How do you systematically fish for muskie in those areas and cover as much water as possible? What are the best baits and lures for triggering bites month to month? You have to make the investment of spending many years on the water analyzing this criteria and testing gear and tactics against it. When you become a leading authority it is because you know more than most everyone else.

Cory Allen has committed his life to knowing the Esox masquinongy. He is still rather self depricating, when it comes to his skills. In this sense, you can sort of apply the term Sifu to him. He is a slave to the path of self discovery and self improvement with his fishing.

In The Spread streams the most diverse and extensive muskie fishing instructional video collection in the world.