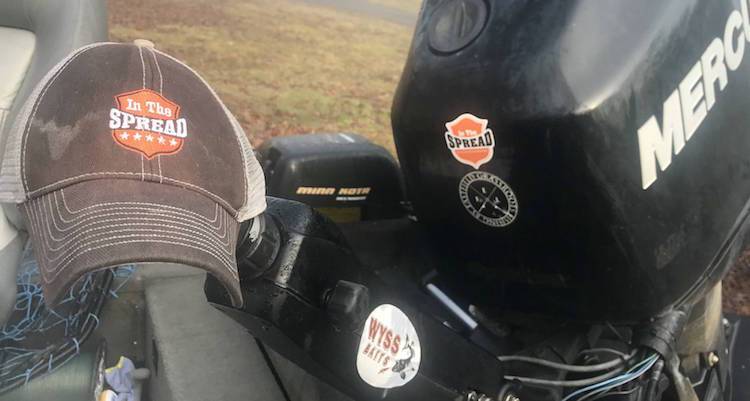 ITS Legit Education | In The Spread Fishing Videos

In a world inundated by oversaturation and billboard marketing...

It’s hard to find something that isn’t laden with consumer-triggered land mines of pop-up advertising.

Seemingly a side effect of the rapid transit of information we experience today, through social media and the internet at large, the demand for “instant gratification” has spiked in angling. Instead of being used at its utmost as a tool to convey accurate, functional information more efficiently than ever before, this climate has been used in an attempt to justify the distribution of knowledge through direct marketing capital: in other words, if this stuff doesn’t get you to buy something specific, the motivation to impart anything at all is entirely lost, and almost inevitably enters a state of intellectual retrograde, where it becomes detrimental to convey pure information to the consumer. After all, why do we want you thinking for yourself?...

Then you might decide to do something contrary to what we told you to do.

Following the hype is a metaphorical snipe hunt, where the quarry, which is ultimately understanding and the ability to execute it, is always paced several strides ahead of the flock; the proverbial carrot if you will.

Because the inherent value of the information is directly dictated by what it is able to translate into direct vicarious sales of specific products, it not only limits most if not all platforms, but even makes them in essence a liability to one’s own growth as an angler.

At first glance, In The Spread fishing videos might seem indistinguishable from the rest of the “Eat at Joe’s” angling outlets that line every exit of the information super highway. In fact, in ways it might even seem a bit coy by comparison.

That’s because we’re not trying to sell you a lemon off the lot; our goal is to teach you how to make your own lemonade.

In The Spread (ITS) doesn’t operate as other platforms do. We don’t sell advertising space to angling products or accept sponsorships that can potentially limit our ability to reach and teach freely. If any of our contributors tell you something, it’s because their motivation has been entirely empowered to be forthwith through our platform. They are each and every one free to speak their mind, without censorship or limitations of strings attached. This is so unique in the world of sport fishing it is essentially a novelty, but I personally feel is the inevitably embrace of angling evolution, through the means available to each and every one of us today.

In truth, our only real sponsor, is you.

The subscriber base is entitled to privy information presented in real time formats constantly adding to an already formidable library of freshwater fishing and saltwater fishing educational videos, less concerned with getting you to click on an ad through impulse, because once you’ve got your ticket, you’re in the VIP section.

Once you’re here, In The Spread is yours. Your angling future is yours, and the only thing standing in your way is your own willingness to watch, study, and implement.

#in the spread #cory allen