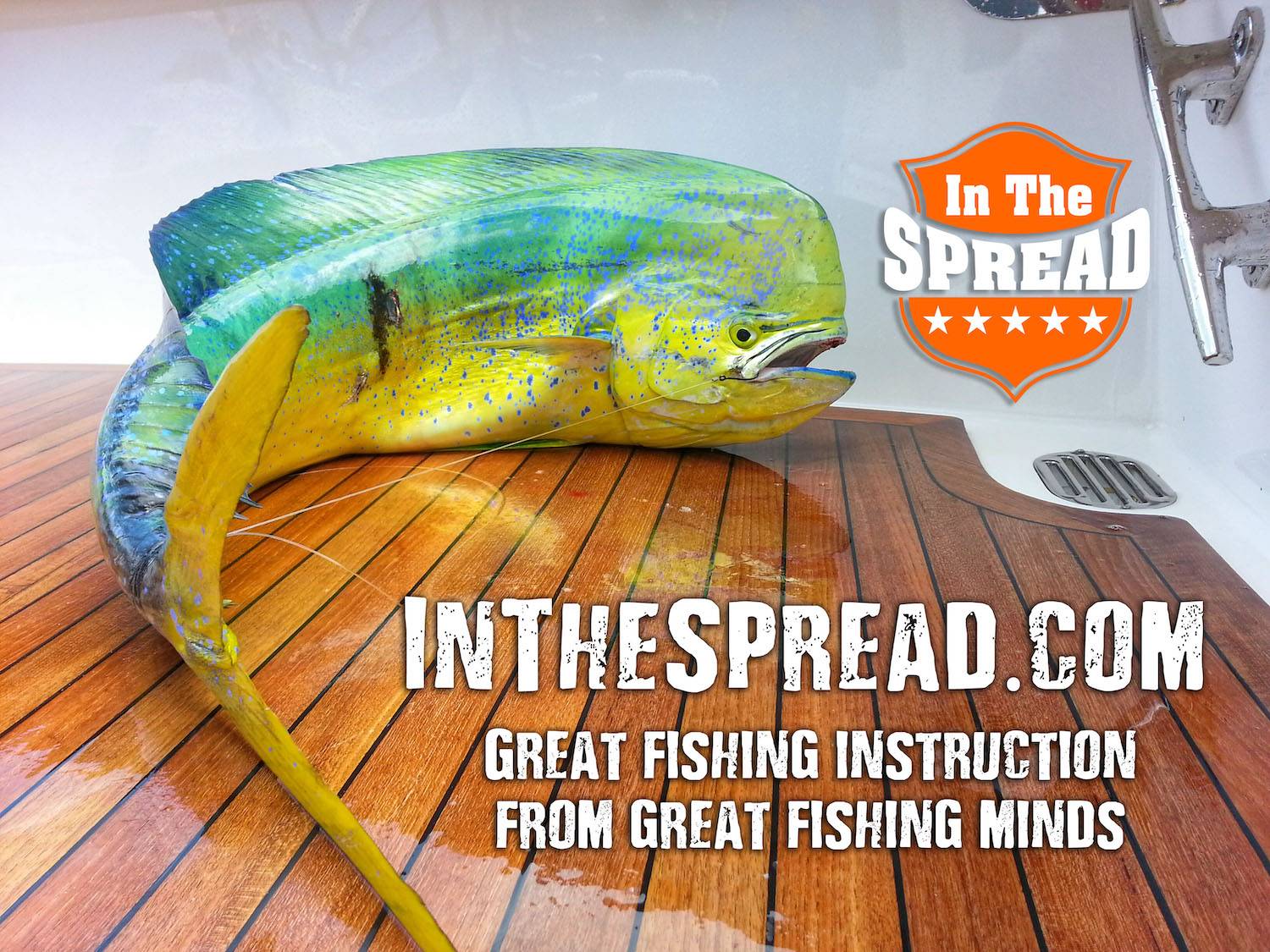 Fishing Videos | Knowledge Transfer from In The Spread

The availability of quality educational fishing videos has revolutionized the way fishermen acquire fishing skills. Whether you are a novice or a seasoned veteran, there are fishing videos to help you advance your skills. In The Spread was founded to help fishermen obtain access to high level fishing knowledge without having to spend countless dollars chartering trips with the best captains, guides and anglers.

What I wanted to do with In The Spread, from inception, was to create an online library of instructional fishing videos that were geared towards how to target a wide variety of game fish. Everything from tackle prep, boat setup, boat driving, boat positioning, locating fish, making presentations, rigs, baits, lures, philosophies, what if's and why's is considered. I don't just do it once for a given species. I do it as many times as I can with as many different fishermen as possible. By presenting context and thinking from several different fishermen, located in a variety of destinations, the end user is afforded far more perspective. The learning experience is richer and more dynamic.

I am often asked, “how did you get started making fishing videos”? Well, I sort of stumbled into it. My first foray into video production was in the high performance automotive industry. I was involved in establishing a few very successful car forums, which lead me to start creating “how to” videos related to installing forced induction, exhaust systems, upgrading brake systems and all sorts of other modifications that help cars go faster and stop quicker. When that ran its course, I moved on.

With a lot of my college friends being from Miami, I decided to move there in 2002. With no idea of what my next move would be, I struggled to figure out my next career move. One day I was watching fishing shows on TV, thinking there has to be a better format than watch guy catch fish while he plugs all his sponsors. Boring. As I discussed the total lack of added value in these shows, my buddy dared me to come up with something that would actually help fishermen. The whole “how to” video concept was well known to me. If it worked for car enthusiasts, it should work for fishermen. No matter your hobby or profession, people want to know how to be better.

Having grown up fishing, I was already curious about how to catch fish, so making fishing videos about how to be a better fisherman was super interesting. My first fishing videos were very basic. They were straight to the point, hard core lure rigging. I started with this because I was spending a lot of time in Costa Rica marlin fishing and was fascinated by trolling lures for marlin. I still am. The captain I was fishing with was into the whole idea, as well, so I began filming him rigging Joe Yee plunger style lures.

As I didn't have an outlet of my own for those fishing videos, my initial move was to just share them on the Marlin Magazine website. At the time, they had a discussion forum and allowed users to post videos. The few videos I posted went on the become the most viewed and highest rated videos on there site. The light went off. There were obviously a lot of other fishermen interested in learning how to rig lures.

With more ideas and opportunities starting to emerge, I started a production company called Full Throttle Media, intent on building a stand alone platform. My thinking was a little ahead of the market, as there was no means to deliver videos direct to consumer via a pay wall in 2008, without spending huge amounts of money. Why a pay wall you may ask? I cannot travel and make educational fishing content and give it away for free. Nobody works for free. I had to have a way to monetize the transfer of knowledge.

Full Throttle Media started producing fishing videos under the name In The Spread. From the outset, the fishing videos were sold in the form of DVD's. Man did they fly out the door. I found myself selling DVD's to people all over the world and to some of the very best guys in the game. I was astonished at how many top fishermen were eager to learn another aspect of fishing. Since I was working with super talented captains, guide and anglers and the word spread that In The Spread videos were to very best learning tools on the market, things grew like crazy.

A couple of years into the DVD game, a friend opened the door to monetized online streaming. I could now offer access to the entire fishing video library for a small fee. Those that were interested in improving their fishing skills could now access every video anytime of day or night and on any device. Boom. The dye was cast. In The Spread took on a life of its own and I started a company in that name.

In The Spread became the first company in the sport fishing industry to offer a streaming service dedicated to educating fishermen on a wide variety of tactics and techniques. Saltwater is our main focus, but we dabble in freshwater with a heavy focus on apex predators.

For the fisherman out there whose time is short and wants instant access to high level knowledge transfer, In The Spread fishing videos is the answer. What I have built is a conduit to subject matter experts who break down in-depth situational fishing. You can expect to be far more prepared the next time you hit the water. I hope you find www.inthespread.com a source of fishing knowledge that you can come back to time and time again to further develop your fishing skills.