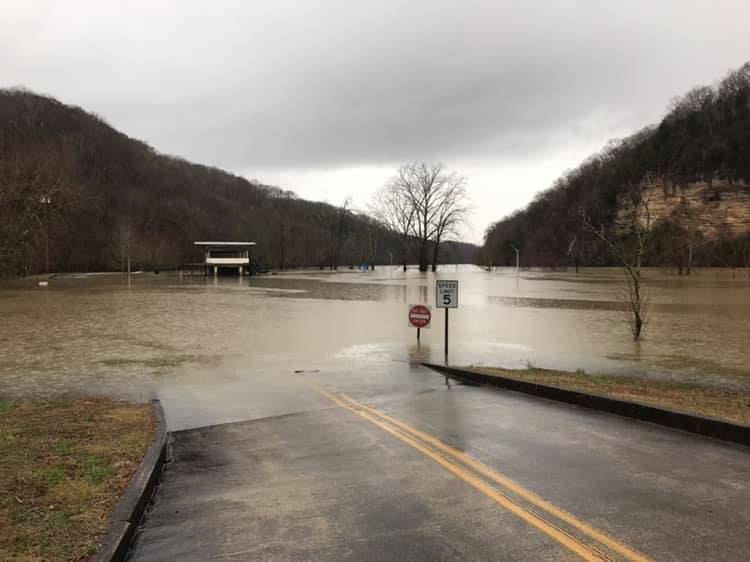 When the Levee Breaks | Fishing and Ichthyology

It goes without saying that as a species, water has been amongst our most powerful allies, as well as our most potent adversaries. If anything, the very existence of the Tennessee Valley Authority (TVA) and each of its jagged little topographic blue pills are the perfect metaphor for that dance, one where we dane to touch the silken gloved hand of the wildest virago of the south, and asked her to dance her energy out as we lead the waltz. In spite of taming the shrew, with steel and mortar and science, she still occasionally shows us her primadonna aire and throws a tantrum we can barely contain with the power of TVA flood control. There is a reason there is only one natural lake in Tennessee, and even it was formed entirely by the most violent earthquake in recorded history of the Eastern United States: these veins course with potential energy and gravity, and to see force of Biblical proportions, all you gotta do is “just add water”.

This subject hits pretty close to home as of late, because for almost assuredly someone you know, the melodrama of this spring’s rains, particularly, has created quite the scene: from lost cars and docks to lost lives, even the TVA at its full capacity couldn’t entirely curb nature this time, and we experienced flooding the likes of which even lifelong residents could not recall. But during the time of year when muskies are feeling the urge to merge, and heeding the call of current and temperature to the boudoir, our floor is their ceiling, and it just expanded several stories higher.

in this event, at least in my observations, muskies like all fish are little reactionary robots, simply responding to stimulus. When water is falling, they react as if it will never stop and adjust their location accordingly, but if it is rising, the reciprocal is easy to see: they will ride the elevator to the top floor.

While many will see the banks overflowing with Nesquik and turn the other cheek, I do quite the opposite. All those areas that were once dry are now free real estate for every aquatic denizen, and the increase current that inherently comes with the higher water does even more to funnel them into these short-term sloughs.

Embrace these periods of high flow (pun intended) with open arms, and explore the new unlocked regions of the map (albeit safely) in spite of the often misunderstood muddy water, and you’ll likely come face to face with the largest musky of your life doing something absolutely stupid and out of character, like sitting in water so shallow that it was once a playground that you’ll wonder how it’s back wasn’t out of the water. This type of off-script behavior is brought to you by chocolate milk, rising water; and icthyological twitter-pation.

As far as lures go? Well, I don’t want to give you too much because then you’ll stop thinking for yourself, and that’s the single worst side effect of improperly executed education...

...but my next article will give some broad strokes into that department, namely tools you haven’t probably considered or even heard of yet, or at least enough of which I feel as if I am imparting something more valuable than the usual Ovaltine Lil’ Orphan Annie decoder ring propaganda you get.