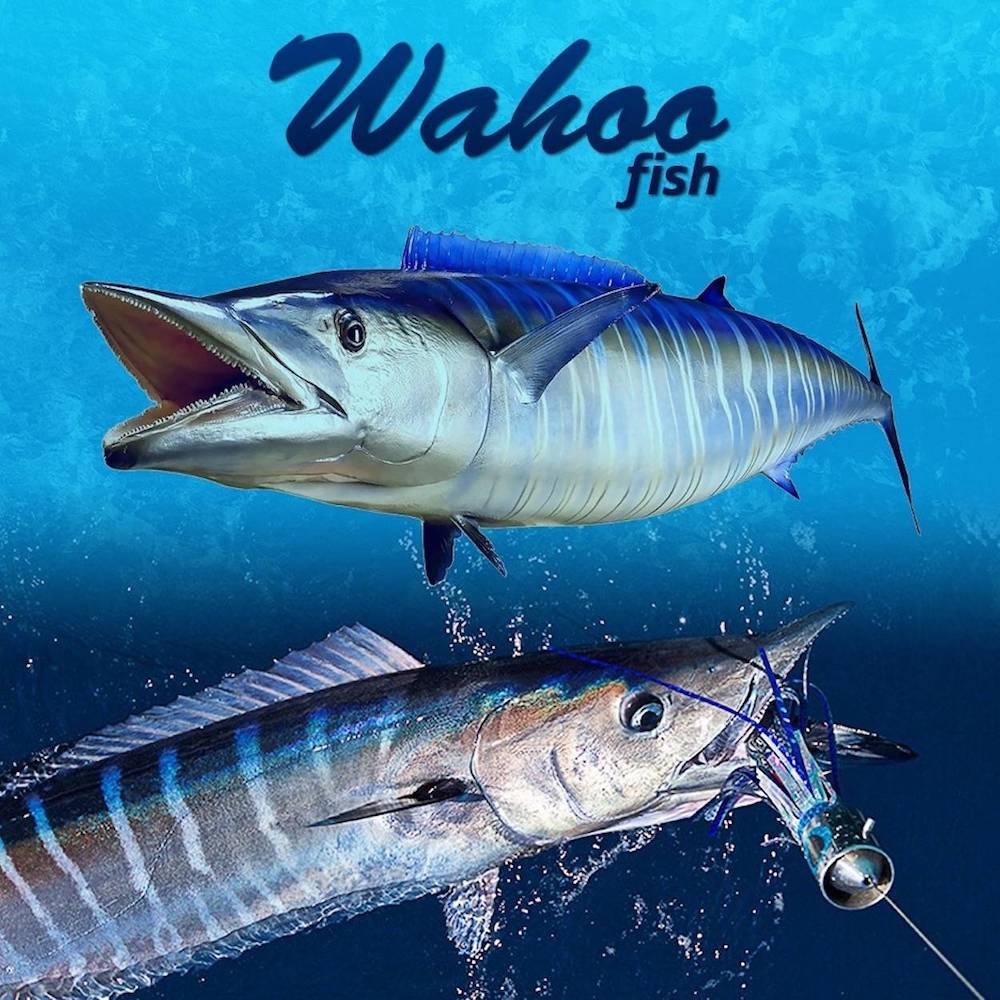 Wahoo, Acanthocybium solandri, the best-known sports fish, belongs to the family Scombridae and from the species of Spanish mackerel. Wahoo is also known as Pacific kingfish. It is one of those fishes that offshore anglers love to hook.

Wahoo is not only a fish but a fish exclamation due to their extraordinary fast speed. Wahoo is the fastest fish in the sea. It is also one of the best-valued game fish due to its high-quality flesh.

The wahoo fish has a dark blue green back with small visible silver scales on the upper side and light blue stripes on the flanks and sides.

The growth of wahoo is rapid, and they weigh about 79 to 84 kg. The adult wahoo is about 6ft in length. However, some of them are about 8ft.

Wahoo has a large mouth with razor-sharp teeth.

Wahoo has bristling speed and can swim at a rate of 60 mph.

DISTINGUISHING FEATURES OF WAHOO FROM OTHER FISHES:

Epipelagic ecosystems are the best places to live in wahoo; this is the sea zone close to the surface and from where light continues to penetrate.

Wahoos are commonly found in the open sea and close to the shore. They inhabit the 1,000 feet beneath the surface. Wahoo is also present in temperate regions.

Wahoo is distributed in tropical and subtropical seas around the world. Wahoo is spread across the Pacific, Atlantic, and Indian oceans. On the western coast of America, they range from southern California, through Mexico, to Central and northern South America.

In the United States, the wahoo is called “hoo,” In Hawaii, wahoo fish is known as “ono.” They are also present in the regions of the African coast. You can also find wahoo in the Ionian sea and Mediterranean sea.

Wahoo has carnivorous feeding habits. Their diet varies on their size and their location. They actively swim in pursuit of feeding. Wahoos are formidable predators. Their diet mainly contains,

WHEN AND WHERE TO FISH WAHOO:

Underwater wahoo fishing is a new experience, and you will enjoy it if you know when and where to fish. September through April is the best time to fish wahoo.

Speed and Patience are the main keys to wahoo fishing. Sometimes even 4 or 6 wahoo lures can do the job as speed matters.

The reels with two-speed lines are the best. Wire leaders are also needed. Monofilament reels are a failure as wahoo teeth are sharp, and you will end up losing your lure.

The best baits for wahoo fishing are speedos and Goggle-eyes.

The best wahoo lures are which can produce live swimming actions. Vibrant color lures are a game-changer.

Get ready and go for a wahoo fishing adventure and share your experience with us.

Special Thanks to Fishing Nice for providing this article.