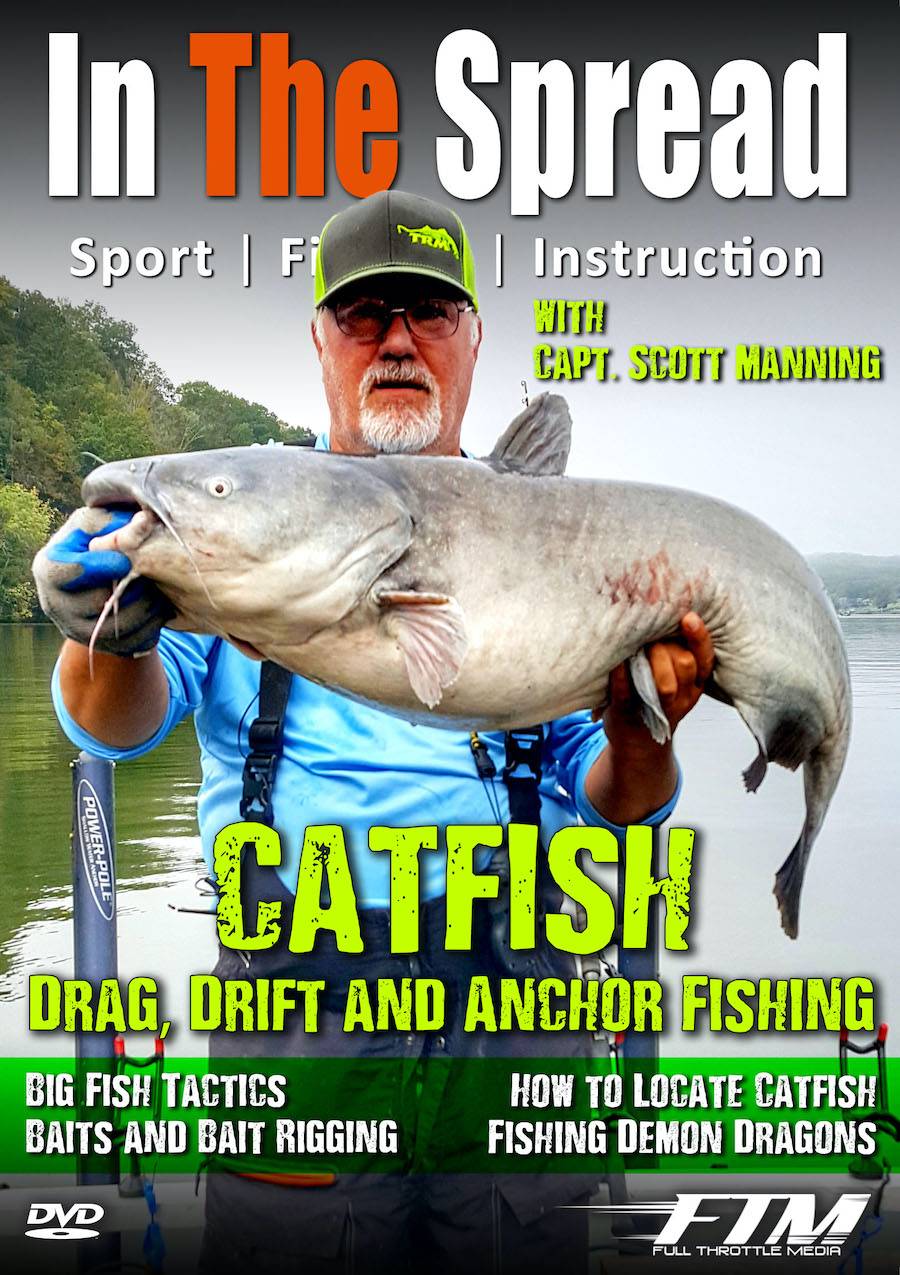 Scott Manning has made a name for himself catching big catfish and discussing catfishing techniques. When you meet Scott, you might think he is just a good ole' country boy from the hills of eastern Tennessee, where monster catfish, slob striped bass and trophy musky rule the day. That's just the surface. Scott is a guy that sees an opportunity and he takes it. He is savvy. Scott Manning has used his fishing skills and his down to earth demeanor to position himself as an authority on fishing the lakes and rivers that are made up by the Tennessee River system.

The waters Scott Manning capitalizes on were forged when the Tennessee Valley Authority was birthed in the 1930's. The TVA starting building dams on the Tennessee River to bring power generation, flood control, navigation assistance, fertilizer manufacturing, and agricultural development. By essentially flooding deep valleys, they created tremendous structure for fish habitat. Imagine the water level of mountain streams rising to the point of covering steep hills, rocky edges, valleys, smaller creeks and forests. All this land that you used to be able to see is now covered in water. The amount of healthy habitat for catfish, striped bass, musky, bass, trout, panfish and a vast array of bait fish grew exponentially. Can you sat dynamic?

What resulted from all this filling of the hills with water was the creation of a tremendous catfish fishery. The amount of deep water structure is staggering. There is tons of bait and rather stable water temps at depth and a myriad feeder streams and creeks. The kicker on top of all this is current. This movement of water generated by the release of water at the dams has a rather predictable impact on the catfish. The TVA posts release schedules, so you know when the water is flowing. Moving water is going to push bait. If you know aggregation points for bait fish, you will find catfish. If you know where the catfish should be, your challenge is dropping baits.

In Tennessee, you are probably targeting flathead catfish and blue catfish. Big trophy sized flatheads and blues roam the rivers and lakes. Both of these fish are structure oriented. With plenty deep rock piles, channel breaks, ledges with bends and turns in the river, the opportunities to boat giants are ever present. Find good structure and bait together and you have all the makings for big flathead catfish and fat blue catfish. If you have the right bait, you are going to catch some big catfish.

Tennessee has some interesting regulations on the type of baitfish that may be harvested and sold by dealers. One of the more productive baits for catfish is the skipjack herring. There are shoals of these fish in the Tennessee River system and you can catch your own, if you want to invest the time. Having fresh bait is a good idea.

Scott Manning has really studied these waters and fished with some of the other mountain fishing greats of Tennessee. His catfishing techniques have been perfected over the years. Scott's popularity as a source of knowledge has risen along with his success. He does boat shows as an invited guest to speak about catfish and stripers, hosts seminars, writes articles and clearly provides instruction on catfishing techniques in a series of In The Spread catfish fishing videos.

You can learn a great deal about targeting flatheads and fishing for giant blue catfish with our videos. Scott delivers valuable insights on the use of electronics, setting up on deep structure, how to drag for catfish, baits and bait rigging, tackle setup, catfish rigs, how to find good structure and plenty more. Watch and learn some very helpful catfishing techniques from a truly accomplished fisherman. Fish with Scott Manning